Louisa Lim in conversation with Yves Rees about Indelible City.

The story of Hong Kong has long been obscured by competing myths: to Britain, a ‘barren rock’ with no appreciable history; to China, a part of Chinese soil from time immemorial that had at last returned to the ancestral fold. To its inhabitants, the city was a place of refuge and rebellion, whose own history was so little taught that they began mythmaking their own past.

When protests erupted in 2019 and were met with escalating suppression from Beijing, Louisa Lim—raised in Hong Kong as a half-Chinese, half-English child, and now a reporter who had covered the region for a decade—realised that she was uniquely positioned to unearth Hong Kong’s untold stories.

Lim’s deeply researched and personal account is startling, casting new light on key moments: the British takeover in 1842, the negotiations over the 1997 return to China, and the future Beijing seeks to impose. Indelible City features guerrilla calligraphers, amateur historians and archaeologists who, like Lim, aim to put Hong Kongers at the centre of their own story.

Free and online, please book below. 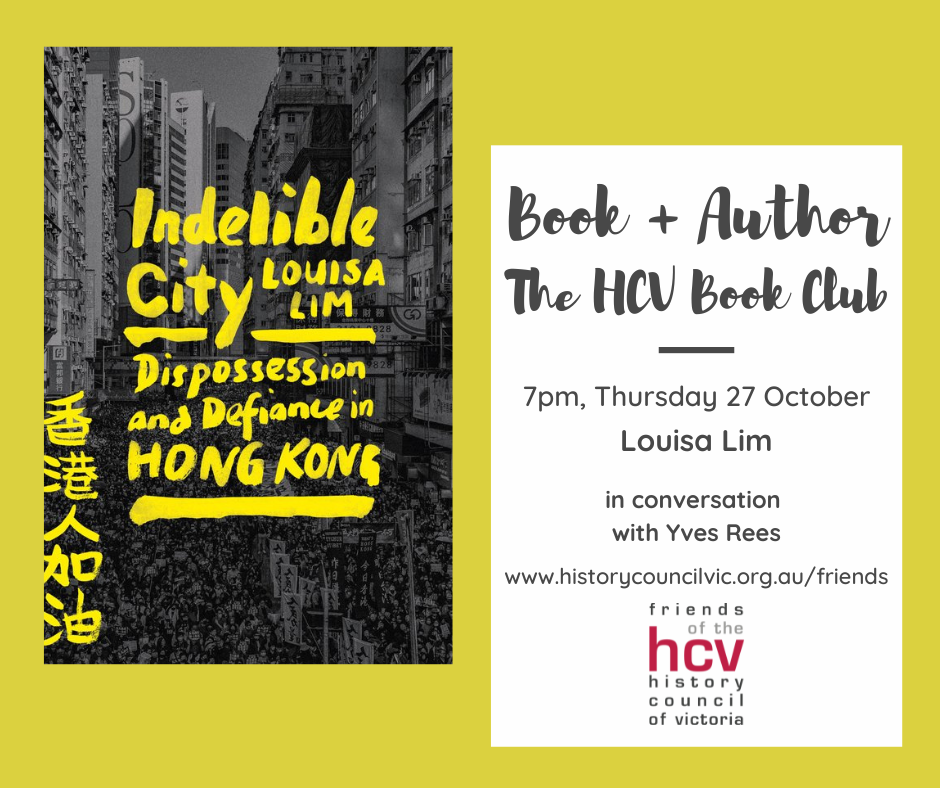