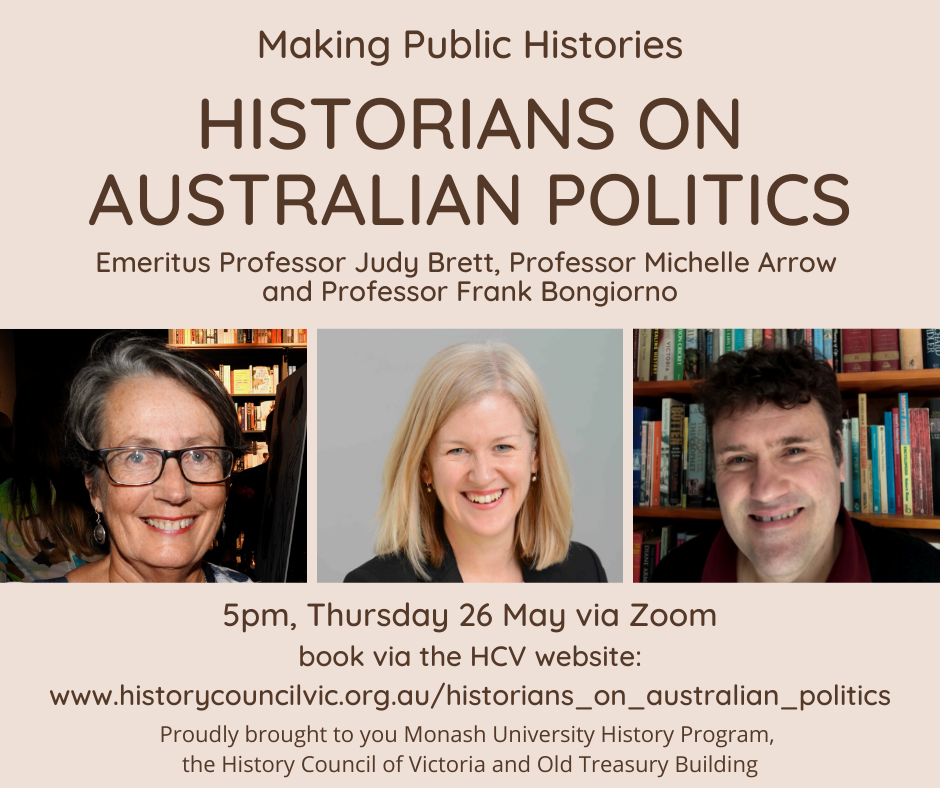 ‘Colonial and pandemic politics: What light can Australian political history before 1901 shed on our present?’ Many of the dominant patterns of Australian politics were in place before federation of the Australian colonies in 1901 and the creation of a national polity. These include public disdain for political affairs; a utilitarian attitude toward government; an orderly and bureaucratic electoral system; politics as a game of ‘ins’ and ‘outs’ dominated by white men; the emergence of political parties as central to their competition; and the marginalisation of Indigenous government. What I want to suggest here is that the experience of the pandemic in particular invites us to rethink the influence of these kinds of long-standing patterns as constitutive of what we call ‘Australian politics’. But above all, we need to reimagine the idea of a national politics. The pandemic has disclosed some of the limitations of that perspective. A new political history of Australia has the potential to reveal many more.

Frank Bongiorno is Professor of History at the Australian National University and was Head of the School of History 2018–21. He has recently completed a political history of Australia from earliest time to the present due for release late in 2022.

Emeritus Professor Judy Brett is a political historian of Australia. She taught politics and political history at La Trobe until her retirement in 2012. She has written extensively on the history of the Liberal Party, including an award-winning biography of Alfred Deakin. Her most recent book is Doing Politics: Writing on Public Life (Text, 2021) and she is currently working on a biography of the feminist activist Beatrice Faust.

‘Teal T-shirts and hi-vis vests: Gender in the 2022 election’ The last few decades have seen a realignment of support for the major parties along gender lines: the gender differences in voter bases have become particularly stark in the Morrison era. In 2019, Morrison successfully recruited blue-collar men; in 2022, the mostly female teal independents in previously safe Liberal seats may yet emerge as a new political force. This paper will analyse the gendered political messaging of the 2022 campaign in historical context.

Michelle Arrow is Professor of Modern History at Macquarie University and the author of The Seventies: The Personal, The Political and the Making of Modern Australia (2019).

Professor Al Thomson of Monash University will host the evening and HCV Executive Officer Alicia Cerreto will facilitate the Q&A.