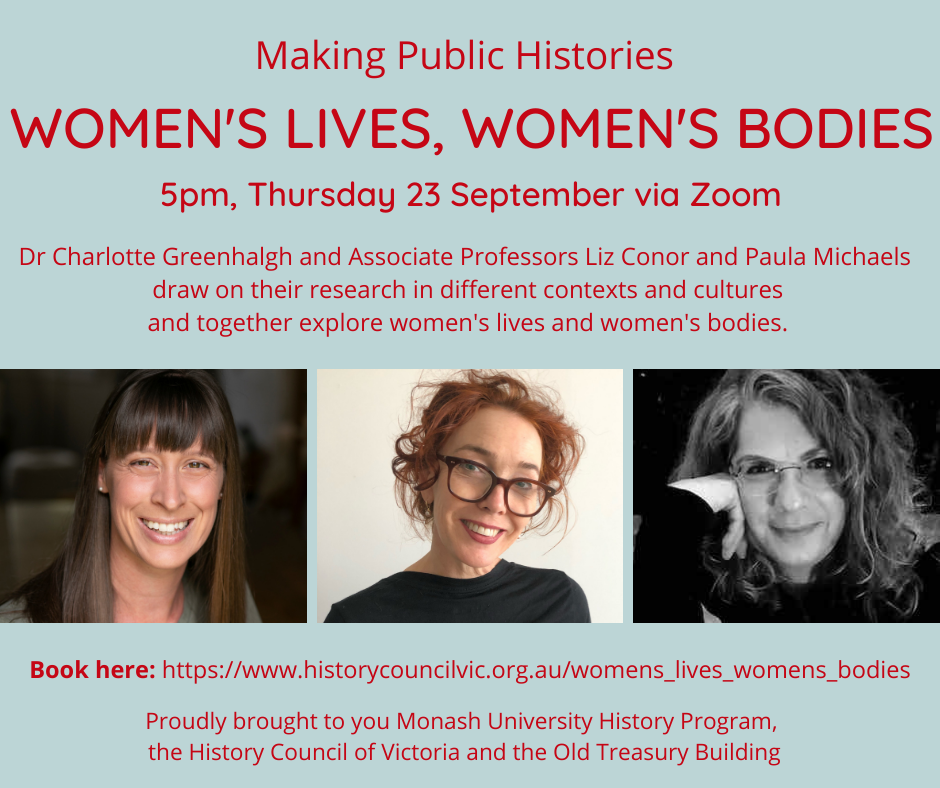 Jacques Arago was the gregarious draughtsman on Captain Freycinet’s voyage around the world from 1817. In his appraisal of the Malgana people of Shark’s Bay, Western Australia, Arago, like other French visitors to New Holland before him, shuttled between the discursive opinions of ignoble and noble savage. Some of the tropes of Aboriginal maternity invoked in his early lithography show an early form of what we have since come to call racial profiling, which intersected with the distortions of cartooning as this genre took hold in European printing and publishing during this period.

Paula Michaels, ‘Obstetric violence and traumatic birth in the Soviet Union’.
In the early 21st century, psychological and physical abuse at the hands of maternity caregivers has garnered increasing attention. But is there utility in retrospective diagnosis of obstetric violence and traumatic birth in other times and places? How can we unearth these histories in societies that do not share the same language of trauma and where notions of decorum leave archival and published sources seemingly silent on women's suffering in labour and birth? This talk takes as a case study the experience of the postwar USSR to probe these questions and to recover the experiences of ordinary women behind the Iron Curtain.

Charlotte Greenhalgh, ‘An Intimate History of Pregnancy in New Zealand’.

Pregnancy involves moments of hope, fear, and decision-making for women that reveal the shifting possibilities of their lives. My current research seeks out New Zealand women’s personal accounts of pregnancy in the twentieth century and asks how and why their testimonies have been heard, recorded, archived, or ignored over time. This talk examines diaries that were penned between the late 1930s and the early 1980s. Within their pages, women’s accounts of pregnancy range from coded symbols to detailed reflections on physical, emotional, and social life during each week of a pregnancy. For the Women’s Lives, Women’s Bodies seminar, I focus on how New Zealand women have approached their pregnant bodies, and what these tactics reveal about their lives.

Liz Conor is an Associate Professor in History at La Trobe University and an ARC Future Fellow and Chief Investigator on the Graphic Encounters: Prints of Indigenous Australians project. She is the author of Skin Deep: Settler Impressions of Aboriginal Women (UWAP, 2016) and The Spectacular Modern Woman: Feminine Visibility in the 1920s (Indiana University Press, 2004). She is former editor of the Aboriginal History Journal, a commentator across many media platforms, and co-founder (with Deborah Hart) of the Climate Guardians.

Paula Michaels is an associate professor and head of history at Monash University. A specialist in Soviet history and the history of medicine, she is the author of two prize-winning monographs: Lamaze: An International History and Curative Powers: Medicine and Empire in Stalin's Central Asia. Michaels is also co-editor of two books, most recently Gender and Trauma since 1900 (with Christina Twomey). She is currently at work on a project about Soviet medical internationalism and the global Cold War.

Charlotte Greenhalgh is a senior lecturer at the University of Waikato and author of Aging in Twentieth-century Britain (University of California Press, 2018).