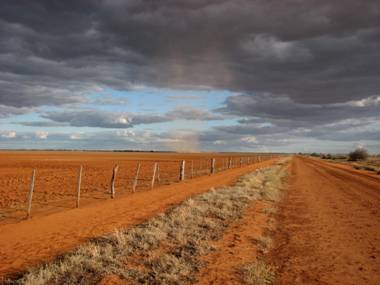 After 13 years of drought, in 2010, regional Victorians know all too well its devastating impact. Communities have been placed under acute and sustained stress, but have also responded in creative and inspiring ways.  Drought Stories: A Spoken and Visual History of the Current Drought in Victoria is an important project, initiated by the History Council of Victoria, which captures this experience by collecting oral and documentary material from people who are living through the drought.

Program manager Robyn Ballinger, appointed between April 2009 and May 2010, provided training in oral history techniques to members of Birchip, Horsham, Minyip and Warracknabeal historical societies in the Wimmera, and to members of Cohuna, East Loddon and Pyramid Hill historical societies and the Kerang and District Family History Group in northern Victoria. Using digital audio recorders, history group members then interviewed a cross-section of people about their experiences of the present drought.

The stories tell of the tragic consequences of the continuing dry on individuals, families and the country itself. Communities have been placed under acute and sustained stress, with consequences of economic hardship, despair and depression, the breakdown of relationships, and suicide. Some people are so deeply affected they are only able to plan one day at a time. Many northern Victorian residents are angry about irrigation water being taken from the region by the North-South Pipeline to Melbourne where they believe people should be taking more responsibility for their water use. Others are saddened by how the natural environment has been affected, with rivers and wetlands drying up and the populations of birds decreasing dramatically.

But Robyn says she has been struck by how people have responded in creative and inspiring ways by adapting their farming methods to drought, by facing up to the need for better communication, and by building trust in their communities. Some people have been surprised by the strength of their inner reserves. They are looking at ways of doing things differently, and in taking on these changes have embraced the support of their friends, family and wider community.

These oral stories of the current drought and accompanying visual material will be kept by local historical societies. In addition, selected material will be added to collections held at the State Library of Victoria. (Click HERE to access the SLV catalogue entry.) These local and Melbourne-based archives will make an important contribution to understanding Australian society at a crucial and revealing stage of adjustment to the environment, and thus provide an invaluable resource for future researchers. 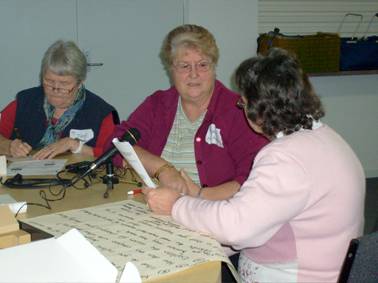 Fay Smith from Horsham shares her experience as a participant in the Drought Stories project.

The Drought Stories project was supported by the Victorian Government through Arts Victoria and the Community Support Fund.

Some excerpts from a selection of Drought Story interviews:

We have had prolonged drought for 13 or 14 years … Debt is an issue for me, although my husband copes with it differently … It would be terrific to be debt free … We really need a good year to ensure our future.

The drought has been long standing but seems to pull people together in times of need as in the Country Fire Brigade shed get-togethers and the Men's Shed Community Garden where the men can talk about this and previous droughts.

There has been a change in the way farmers manage their finances … We see our clients more regularly due to a lack of funds … We are acting as financial guides and also as social workers in dealing with their emotions … People want someone who will listen.

The future of communities and small towns is positive. The [Grampians Wimmera Mallee Water] pipeline is a great asset as it provides certainty for a water supply. Mining is beginning in lots of areas, which helps to provide employment. Farms will probably get bigger, which will mean fewer people in the area.

Photos from the Drought Stories launch 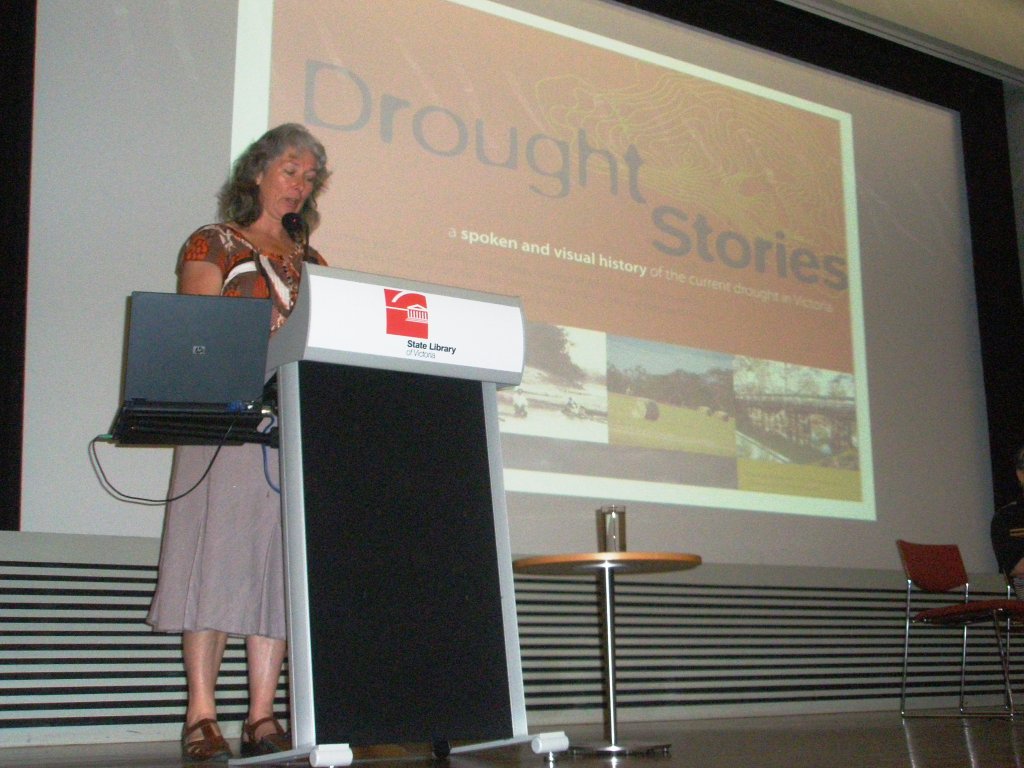 Program Manager, Robyn Ballinger, at the launch of the Drought Stories Project, 22 April 2010 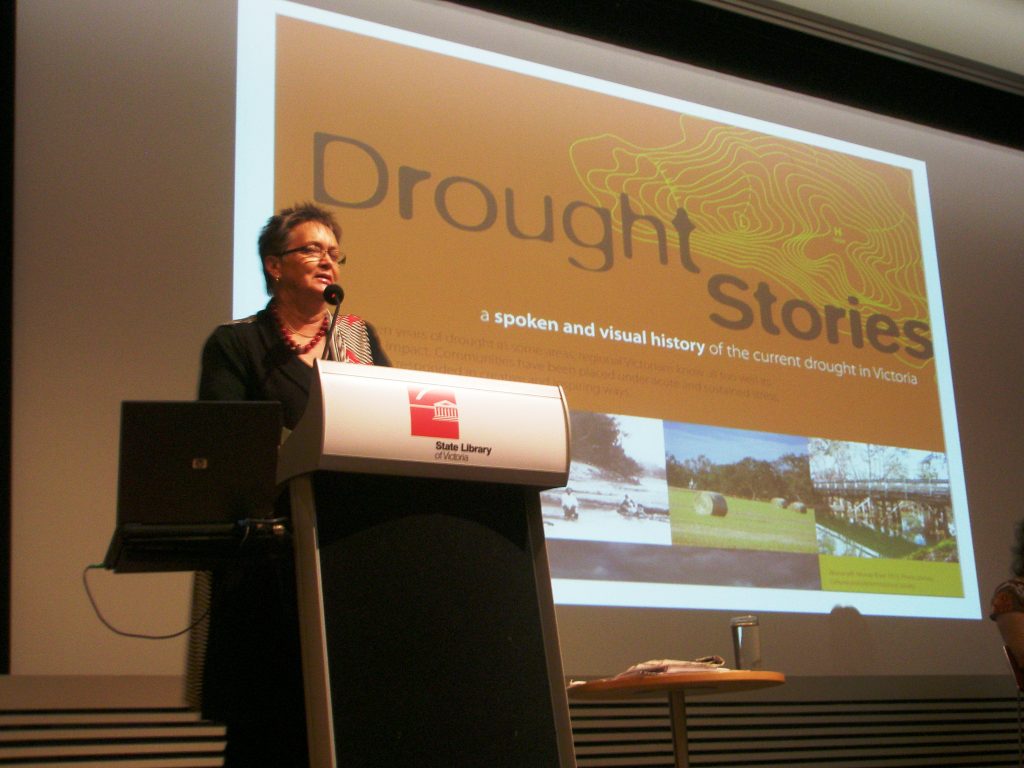 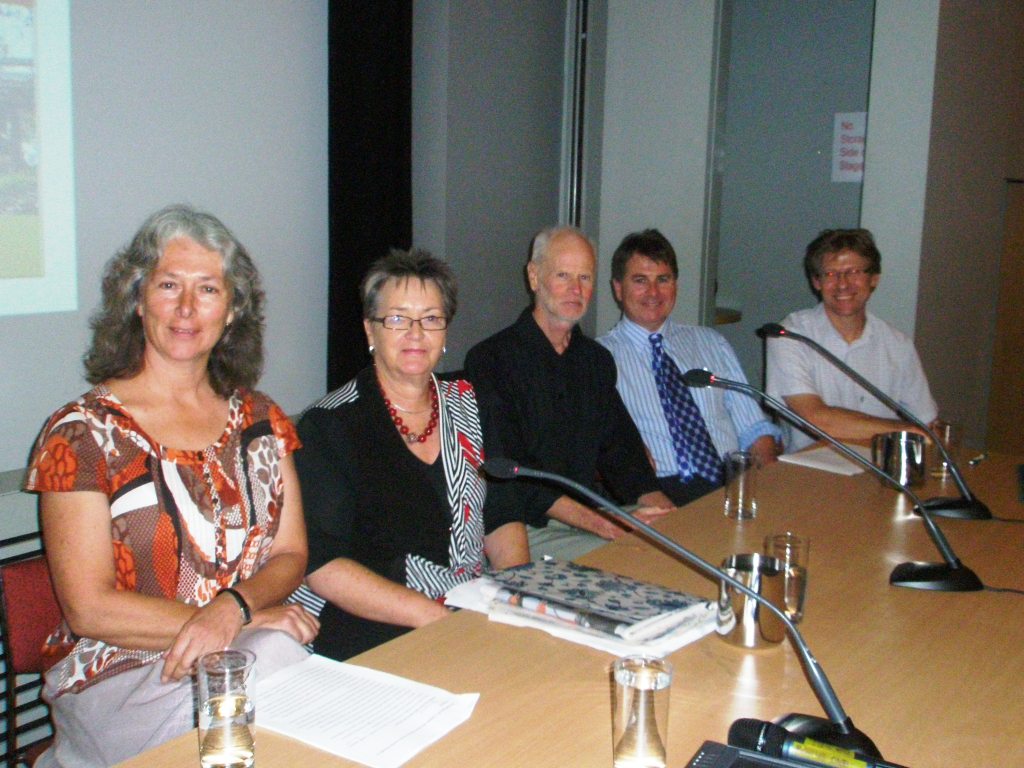